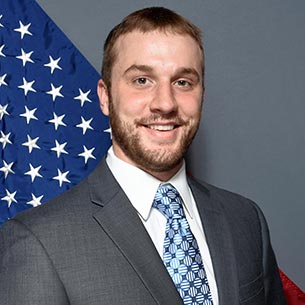 Originally from Bedford County, Matthew joined the law firm in 2018 as a full-time associate, following his graduation from the Liberty University School of Law. Although Matthew is a recent Bar admittee, he has a significant amount of experience as a trusted Personal Injury attorney.

Prior to law school, Matthew worked as a defense litigation paralegal from 2011-2015, specializing in Personal Injury and Medical Malpractice. During this time, Matthew was elected as Vice President for the Roanoke Valley Paralegal Association for two subsequent annual terms before applying to law school. In addition, Matthew dedicated his personal time to serving the community as a Big Brother for Big Brothers, Big Sisters of America; tutoring at a local youth center; serving as a member of the Roanoke Kiwanis Club; and working as a Court Appointed Special Advocate for the Roanoke CASA program.