Expungement in Virginia just got easier.

Expungement is the process of wiping a criminal record clean where the person is arrested for a crime, but not convicted of it. For years prosecutors who oppose expungement have called fact witnesses in the underlying case at the expungement hearing to show that the charged person is not “actually innocent” and therefore the charge should remain.  This year there is a new case from the Supreme Court of Virginia which may put an end to that in some cases, and make it much easier for some people to wipe out their arrest records.

In A.R.A. v. Commonwealth, 809 S.E.2d 660 (2018), a woman originally charged with assault on a law enforcement officer (a felony, carrying a 6 month mandatory minimum sentence) plead guilty instead to an amended charge of disorderly conduct (a misdemeanor).  She was worried the felony arrest record would hurt her ability to get a job, so she petitioned for expungement.  The trial court denied her petition.  The Supreme Court of Virginia reversed, stating:

… the Commonwealth may not introduce facts to

Establish the petitioner’s guilt of an offense in an

expungement hearing when the Commonwealth

elected not to prosecute the petitioner for a

particular offense. Beyond this, given the limited

we hold that A.R.A. established her entitlement to expungement.

If you’re having trouble getting a job because of your criminal record, and you were not convicted of the crime with which you were originally charged, an attorney may be able to help. It’s complicated, and not everyone who tries will be successful, but some will. Unfortunately, when there is case like this which is good for criminal defendants, the General Assembly often intervenes and changes the law shortly thereafter – so those who want to try should move quickly before that happens. 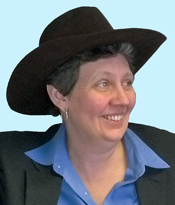 We have three offices conveniently located in Charlottesville, Palmyra (Across from Food Lion), and Harrisonburg, Virginia