What “Not” to say during a DUI stop

In Virginia, driving while under the influence of alcohol (DUI) is a serious offense with serious consequences. It is imperative that you are represented by a criminal law attorney who has the knowledge and skill to uphold your rights. At Tucker Griffin Barnes P.C., we are dedicated to minimizing or eliminating your DUI charges.

Contact us today for an Initial Consultation – It’s the first step to protecting yourself.

The story of a Virginia DUI

CHAPTER ONE:   It is 11:00 p.m. and you are on your way back from dinner. You are pulled over for a check point, speeding, or a taillight out. The officer walks up to your car shining the flashlight in the backseat on the way past, looking for drugs, beer bottles, or anything else of interest. The officer asks: “Do you know why I stopped you?” WHAT TO DO: Don’t guess. Just say “Why?” and listen politely. Do not comment. You know that part where they say “Anything you say can and will be used against you in a court of law?” They mean it.

CHAPTER TWO:  The officer asks you for your license and registration, then takes them back to his car. He’s running your information through dispatch or his computer to see what your record is. He comes back to the window and asks you “Have you had anything to drink tonight?” WHAT TO DO: Say “No” if that’s true. If not, say “I don’t want to make any statements.” This will be hard to do. It is human nature to cooperate, and show what a nice person you are. But if you tell the officer you have had anything at all to drink (even the ever-present “one beer”) that will give him evidence he can use to arrest you. If you refuse to give him that evidence, it may mean you don’t get arrested. If you are arrested anyway, it may mean the charge against you is dismissed because the arrest was unlawful.

CHAPTER THREE:  The officer tells you “I need you to step out of the car for me and take a few field sobriety tests, just to be sure you’re OK to drive.” WHAT TO DO: Say “I don’t want to take any field sobriety tests.” Don’t refuse a direct order — that can land you a charge for obstruction of justice. However, make it clear you are not doing anything “voluntarily”. The officer isn’t really trying to “be sure you’re OK to drive” anyway. He’s trying to get more evidence to arrest you. Don’t give it to him.

CHAPTER FOUR:  The officer asks you to take a “Preliminary Breath Test” (PBT). It’s a little hand-held thing about the size of a calculator. It is done right then and there, by the side of the road. The officer tells you he needs it to get an idea how much alcohol is in your blood, to see if you’re OK to drive home. He tells you clearly that the PBT can’t be used against you in court. WHAT TO DO: Just Say No. (Make Nancy proud). Once again, the officer is lying to you. It CAN be used against you in court. It can’t be used the same way the regular breath test at the station is used, but it is routinely used in court to show that the officer had enough to arrest you, (“probable cause”). Don’t give it to him. If he arrests you without enough evidence to do so, it doesn’t matter if he gets more evidence later on — the case will be dismissed anyway.

CHAPTER FIVE: The officer tells you that you are under arrest for DUI, handcuffs you, and puts you in the backseat of his cruiser. WHAT TO DO: Tell the officer again that you don’t want to make any statements, and tell him you want an attorney. Then shut up. Don’t volunteer anything or engage in small talk — he’ll use that as a window to get you chatting, then use what you say against you later. Give him name, address, social security number, date of birth type information, but nothing substantive.

CHAPTER SIX: The officer reads you a law called “Implied Consent” that says you have to take a breath test at the station. He asks if you will take the test. WHAT TO DO: This is complicated. The law says you must take the test. If you do take the test, the machine (much larger than the PBT, at the jail) will spit out a certificate saying what your blood alcohol content is. The number on that certificate, and the certificate itself, can be used to prove you were over the legal limit of .08. If you blow .15, it triggers a mandatory minimum 5 days in jail, and above a .20 will get you 10 days — more in some circumstances. So — blowing can send you to jail. BUT if you don’t blow, you may be charged with Refusal. A first offense refusal is not a crime — it’s a civil charge. However, it can cost you your license for 12 months, with no restricted license. Restricted licenses are routinely issued on low level and first offense DUIs. The law says you have to blow, so I’m sticking with that. However, it’s always good to know what if.

CHAPTER SEVEN: You hire an attorney. Your lawyer looks at the police reports, and watches the videotape from the officer’s dashboard camera. She is very impressed with the way you handled the stop, politely refusing to answer questions, and refusing the field tests and PBT. You go to court and just stand there next to her. You don’t testify. The judge throws out the case against you because even though you blew over the limit at the station, you didn’t admit to drinking, or take any tests before the arrest. Whatever caused you to be stopped in the first place, plus the “odor of alcohol” and “red glassy eyes” the officer testifies to were suspicious — but not enough to make out probable cause.

AND IF YOU’RE READING THIS THE MORNING AFTER …

It is still worth the fight. A DUI charge is serious, and will cost you thousands of dollars if you are convicted. There are exactly two, and only two, reasons you should ever plead guilty to a DUI:

OTHERWISE – you have nothing to lose. Judges typically give standard sentences in DUI cases, and will not punish you for trying your case. It’s your RIGHT. But you have to fight to win. And you need a good lawyer to do it.

We have three offices conveniently located in Charlottesville, Palmyra (Across from Food Lion), and Harrisonburg, Virginia. 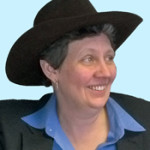